Can Girls Be Astronauts? 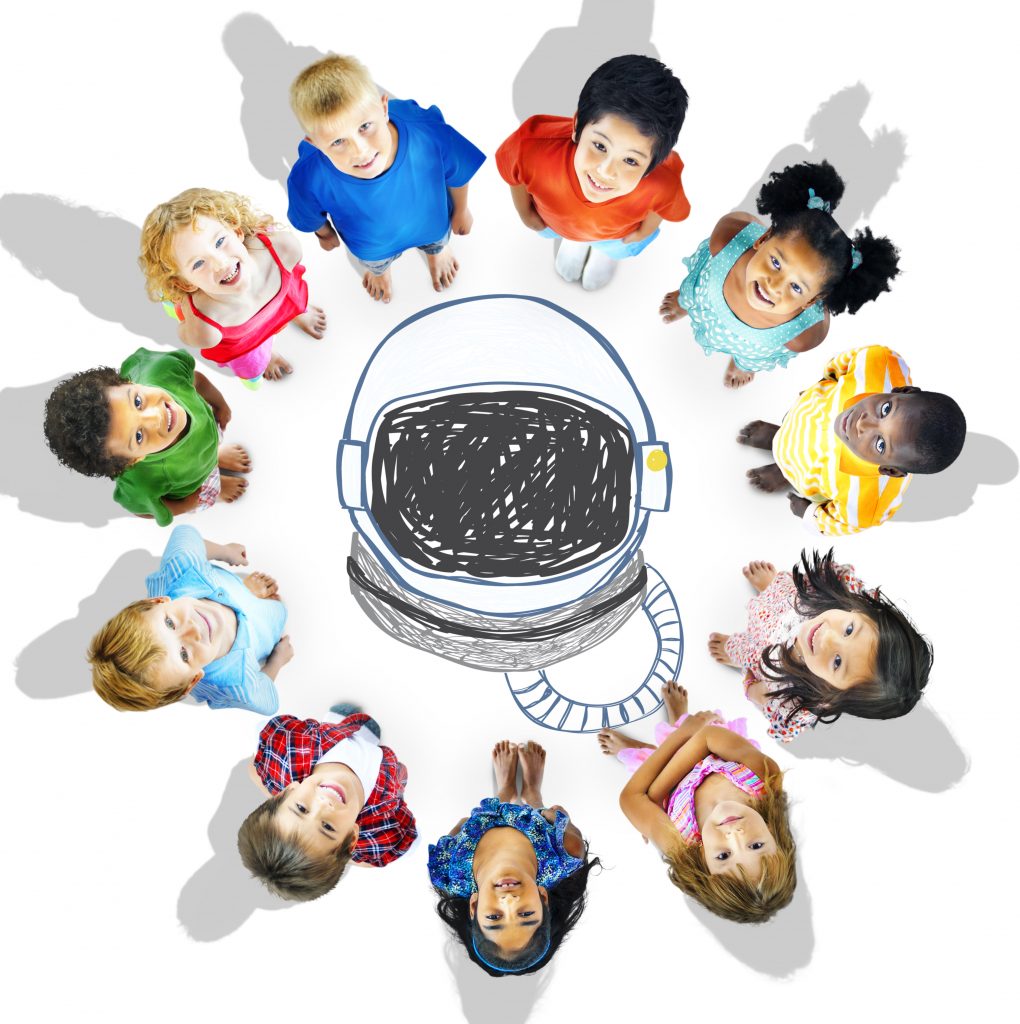 Why it is that young women themselves believe there are barriers to stop females entering into the world of space exploration? More importantly, what can we do to break these barriers down?

‘Can girls be astronauts?’ is question I have heard too many primary aged schoolgirls ask with absolute seriousness. Once, I actually gasped with shock when I heard a Year 5 girl ask this in a full auditorium during a space education conference. I had to do everything in my power not to shout out ‘of course they can!’.

A group of primary school-age girls said that space exploration wasn’t a ‘woman’s world’. These children were from a range of backgrounds, ethnicities, religions and race. When asked ‘Why?’, most of them gave the reason as ‘I’ve never seen a picture of a female astronaut’.  Another reason was that ‘Neil Armstrong and Buzz were both men and so was Tim Peake.’

Is it a boys world?

Is it me, or does it always seem to be in the ‘boys’ section of children’s clothes that astronauts feature in the design? The same goes for birthday cards, bedroom decorations and toys. What is this doing for science capital generally and in particular for girls? The need to have separate boy and girl sections for these things is beyond me. That is another article altogether!

Something that I have always loved doing is involving all children in the school, Nursery to Year 6, in the same science activity. One of these activities was a ‘Guess my job at NASA’ competition. This involved myself and another female teacher pretending to have jobs at NASA. The children guess what imaginary (though historically accurate) jobs we had held there.

This competition was not only to raise the profile of women working at NASA. It also aimed to highlight the importance of the thousands of other people who work in the space industry.

It may not surprise you to find that most guesses were ‘astronaut’, ‘teacher’ or, imaginatively, ‘teacher for astronauts’ children’. The correct answers were cleaner and seamstress, both guessed by girls (hurrah) – one in Reception and one in Nursery.

The ‘hidden women’ at NASA.

I chose the job of a cleaner based on the story of a conversation that allegedly took place between President John F Kennedy and a male janitor during a presidential visit to the Kennedy Space Centre, pre moon landing. JFK asked the janitor, who at the time was emptying a bin, what he was doing. The janitor replied that he was ‘sending Americans into space’. JFK replied, “You sure are!”

I included a seamstress based on the team of incredible African-American women who were behind the sewing and assembling of the first American spacesuits. They were thought of by some as the unsung heroes of the early space programme.

I wanted to break down the presumption that to work in space exploration you could only be an astronaut and that you had to be a male, and a white one at that.

I attended a talk at the British Interplanetary Society, with a focus on the different roles needed if (or should this be when) humans live on another planet. Simply cooking, eating, washing and moving will require a change in routine. Specialists will be needed to enable us to do these somewhat mundane yet essential tasks. Think more deeply about health, including mental health, and the implications that living on a different planet will have on this. It was highlighted that these roles are going to be filled possibly by the next generation.

I work in a central London school with the most wonderful diversity of backgrounds. This led to the children themselves asking about the role of non-white employees in past space exploration. Of course, this led me to the story of ‘Hidden Figures’, a novel by Margot Lee Shetterly made into a movie in 2016.

As a PG movie it can be watched, with appropriate permission, by the older children in the primary school. The essence of the historical plot can be shared carefully with the whole school.

I must admit, it does fill me with pride when young children show absolute confusion and outrage when told about past prejudices and human injustice. In our school, children read, wrote, drew, and talked about the story. We created a star display by using our fingerprints to create the star constellations as seen by Katherine Johnson when she saw Alan Shepard take off on his Project Mercury flight. Katherine calculated the trajectory for this flight, which saw Alan Shepard as the first American to go in to space.

Of course, inter-woven in to all of these activities and events in school are opportunities for all children to see female astronauts both past and present and to hear their amazing stories. Finding out that Helen Sharman was a chemist for a chocolate factory (Mars Confectionary, where else) and then became the first British astronaut makes children know that they can really reach for the stars. It is essential we provide these insights so our children recognise that women have had, and will have, such roles in space exploration.

In March this year, the first all-female space walk was planned to become a giant leap for womankind. It fell through at the last minute due to a wardrobe malfunction; not enough spacesuits in a suitable size! Safety is of course paramount, but the statistics are disappointing. Only 11% of people who have been in space have been women and all ISS missions have been either all-male or male-female. There have still been no women on the moon.

On 10th July, Newsround ran the story of how Barbie and the European Space Agency (ESA) are planning to ‘launch’ a plan to get more girls in to space by producing a Cristoforetti doll – Samantha Cristoforetti being the only active female astronaut for ESA. In 1965, Mattel produced an Astronaut Barbie amid the space race. Do these toys change girls’ perceptions?

A wonderful collection of stories is found in the book ‘A Galaxy of Her Own’ by Libby Jackson. This beautifully illustrated and thoughtfully arranged book, shares the incredible lives of women, from the origins of space travel through to the future of space.

In June this year, Dr Sheila Kanani, Education, Outreach and Diversity Officer at the Royal Astronomical Society, is releasing a new book. ‘How to be an Astronaut and Other Space Jobs: The Ultimate Guide to Working in Space’ has been nestled in my pre-release shopping cart for some time now.

What does the future hold?

Of course I would love the question asked by girls to be, ‘How can I be an astronaut?’. Rather more, I dream of all children, regardless of gender, race, social background or identity, asking ‘How can I work in space?’.

It has taken me some 34 years to reach this point to which www.space-careers.com is by far taking up majority of my screen time. Hopefully it won’t take the next generation so long.