Getting closer to nature – or back to the iPad. 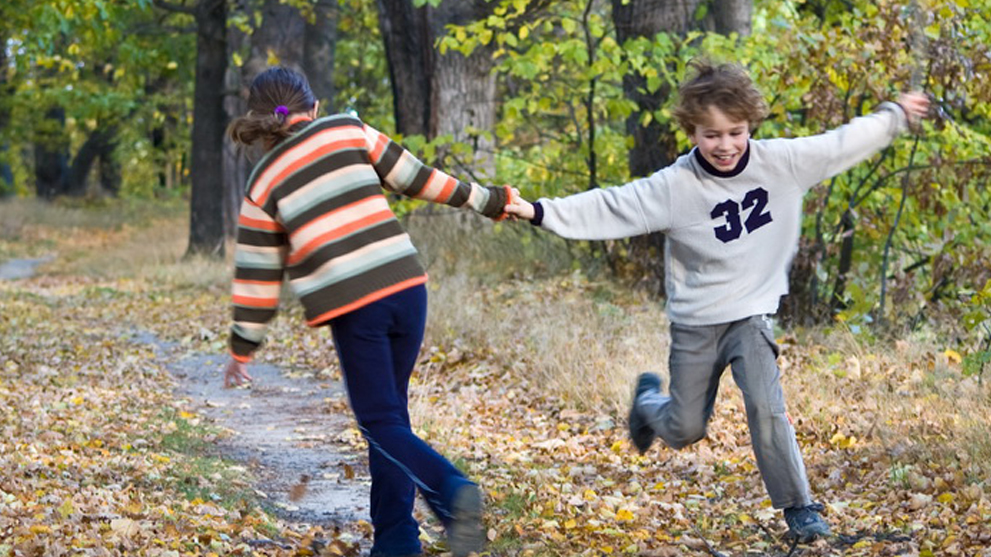 The prospect of longer days and warmer weather inevitably makes us all think of being outdoors. But the reality for many children today is that they will be staying indoors and connecting with friends through social media instead. Last September, Eureka! attended the Natural Childhood Summit, organised by The National Trust in response to its Natural Childhood Inquiry.

Last September, Eureka! attended the Natural Childhood Summit, organised by The National Trust in response to its Natural Childhood Inquiry. The summit aimed to explore why and how today’s children are growing up with little or no experience of the countryside or natural space around them.

Taking evidence from academic and government research, scientific articles and the media, the summit explored several barriers to children enjoying the same access to the outdoors as their parents did.  In short, these were summarised as follows:

Here at Eureka! we’re passionate advocates of allowing children and families to play together both indoors and outdoors.

Sadly though, children do seem have fallen out of the ‘playing outdoors’ habit.  Research by the National Children’s Bureau showed that under-15s are now less likely to enjoy outdoor play than in previous generations. The research revealed that almost half of parents admitted that “fear of strangers” prevented them from allowing their children to play outside.

But it seems it’s not just parental fear that is keeping children indoors.  Access to technology and screen based entertainment means that it’s very easy for children to spend hours indoors.

Last year, leading psychologist Dr Aric Sigman warned that children needed limits on their screen time in the same way that we have limits on salt intake or alcohol.  In a speech made to the Royal College of Paediatrics and Child Health’s annual conference in Glasgow he warned that with screen usage now at an all-time high, and many children looking at 5 screens simultaneously in the home, a new generation of children were leading sedentary lifestyles that would not only lead to Type 2 Diabetes and heart disease, but would affect their brains at a key stage in their formative early development.

Stephen Moss, author, naturalist and former producer of BBC Springwatch (a keynote speaker at the conference) warned that UK children were losing contact with nature at a “dramatic” rate, with their health and education suffering as a result.

The National Trust, along with other key organisations are also believers that the growing dissociation of children from the outdoors and the “cotton wool culture” of indoor lifestyles is having a serious impact on their capacity to learn through experience.

So, with these thoughts in mind, this spring Eureka! want more children to be part of the wildlife activity that re-emerges in our gardens and outdoor areas.  By all means watch Springwatch, but also actively encourage everyone to get out and about in the fresh air and explore the world around them.

This blog also appeared as a column in the Friday 8 March edition of the Halifax Courier.