Why do we move our clocks forward? 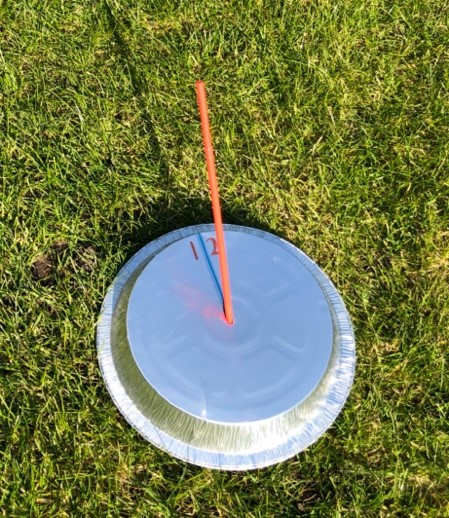 As the clocks ‘go forward’ on 29th March and we ‘lose’ an hour of sleep, have you thought about why we change clocks’ times twice a year?

PSTT Regional Mentor, Kulvinder Johal, has been looking at the history of the switch to British Summer Time and suggests how you can engage children in exploring sundials.

Did you know it was an American scientists and polymath, Benjamin Franklin, who is often credited with the idea of waking up earlier when it was lighter in the mornings so we could save on candle usage (although others had already proposed this and it had been common in ancient times)? So, on Sunday 29th March we (in the UK and similarly in many, though not all other countries of the world) change from Greenwich Mean Time (GMT) to British Summer Time (BST). The clocks ‘moving forward’ idea came to the UK after Coldplay singer Chris Martin’s great-great-grandfather, a builder called William Willett, thought it was a good idea too.

Mr Willet was a keen golfer and he was not happy about his golf games being cut short due to the sun going down. In 1907, he published a leaflet entitled ‘The Waste of Daylight’, encouraging people to get out of bed earlier. The idea was only introduced to the UK in 1917, a year after he passed away.

The solar day is the time it takes for a planet to rotate on its axis so that the Sun appears in the same position in the sky. On Earth, a solar day is 24 hours long. On Mars, a solar day lasts 24 hours, 39 minutes, and 35 seconds.

It’s really simple to use the Sun’s position to tell the time and an easy activity for children to complete. The materials suggested below could be substituted for others; encourage children to be creative in their choices. 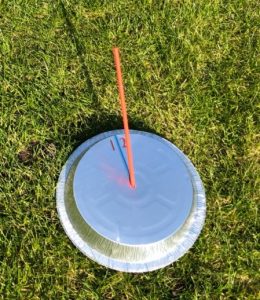 At noon, take the plate and the straw outside. Put the plate on the ground and poke the straw through the hole. Slant the straw toward the line you drew. Now carefully turn the plate so that the shadow of the straw falls along the line to the number 12.

Fasten the plate to the ground with some pushpins. Have your child predict where he/she thinks that the shadow of the straw will be pointing in one hour. You could also mark this onto the plate to compare the prediction to the actual position.

At the end of the day, you and your child will have a sun clock. On the next sunny afternoon, you will be able to tell time by watching where the shadow of the straw falls on your clock. You could, of course, extend the clock to show time in the morning too.

Discuss why the Sun appears to move through the sky; conceptually this is difficult for many children. Find out why the Sun rises higher in the sky during the summer and has a lower height in winter. What effect does this have on shadows?

You may want to find out what causes the seasons. Can you discover how long a day is on the International Space Station?

An adult should assist with the use of scissors and pins, depending on the age of the child.